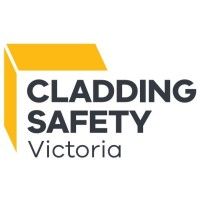 Dan O’Brien has extensive experience across the public and private sector.

Most recently he was Chief Executive of Incolink – delivering services to Victoria’s building and construction industry.

Dan was previously the Chief of Staff to former Victorian Premier John Brumby.

Dan is currently the Chief Executive of Cladding Safety Victoria and a Director on the board of VicTrack.

SIGN UP TO RECEIVE OUR NEWSLETTER & FURTHER UPDATES ABOUT THE SHOW